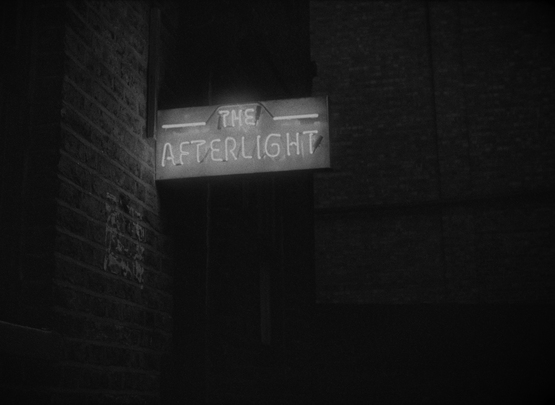 Film as a repository of memory—and as a transient medium itself—is the combined focus of this new collage film by British conceptual artist and experimental filmmaker Charlie Shackleton (who will be present to answer audience questions after tonight’s screening). Archival fragments from hundreds of films around the world bring together an ensemble cast of stellar screen actors with one big thing in common: each is no longer alive. These famous faces and voices now exist only on film, which is itself a fragile medium heading to its own oblivion. (To amplify this point, Shackleton has only one 35mm print of his movie, and it will deteriorate a little bit with each screening, eventually becoming unshowable.) In Shackleton’s film, the ghost cast convenes at a single location, the Afterlight, an imaginary tavern where (according to one writer) “the faces at the bar are all too familiar, and everyone knows their name.” There these screen luminaries carry on a tentative existence lived solely through traces of their work. “The Afterlight is the last-chance saloon for the lost souls of film history. It’s a conceptual experiment that stalks the shadows of world cinema, gathering the spectres of movie stardom as it stumbles all the way to obsolescence…It’s a beautifully edited and composed film (including some very deft uses of music).” –Silent London (UK). Cleveland premiere. 35mm. 82 min.

Sunday 5/22
8pm
Back to film schedule