Cinematheque . Film Schedule . THE UNMAKING OF A COLLEGE (virtual)

THE UNMAKING OF A COLLEGE (virtual) 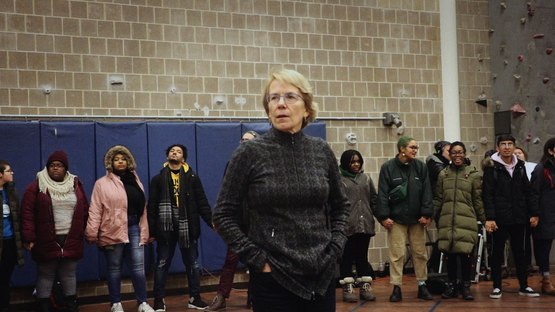 This new documentary chronicles a student uprising (including a 75-day sit-in, the longest in American college history) that took place in 2019 at Hampshire College, a private, progressive university in Amherst, MA. The protest was sparked when the school’s new president high-handedly announced plans to achieve financial stability by jettisoning the institution’s liberal arts philosophy, independence, and identity. Directed by a Hampshire alum, this raucous ode to democracy in action features student-shot footage of the sit-in and contains interviews with protesters and with Ken Burns, another Hampshire alum. Cleveland premiere. 84 min.

The Unmaking of a College, a Cinematheque streaming exclusive, can be viewed online from 2/25 thru at least 5/19 via the link below. Doing so supports the Cinematheque. Screening fee is $4.99 and you have 72 hours to watch it.