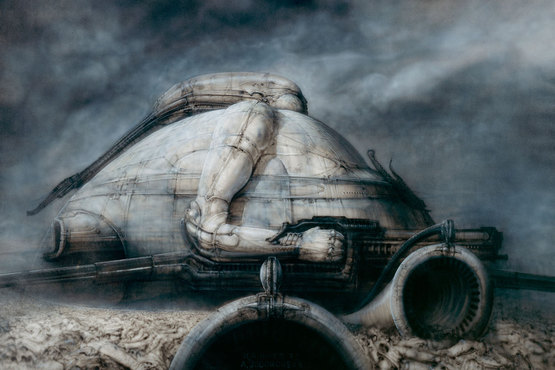 Chilean-French auteur Alejandro Jodorowsky looks back at a movie of his that was never made—a grand, multi-million-dollar film version of Frank Herbert's epic sci-fi novel Dune. Conceived in the early 1970s, Jodo’s grand project was to have been the follow-up to his cult hits El Topo and The Holy Mountain. With art direction by H.R. Giger, special effects by Dan O'Bannon, music by Pink Floyd, and a cast consisting of Orson Welles, Salvador Dali, Mick Jagger, and David Carradine, Dune was going to be a movie to remember. But it lacked sufficient financing. This documentary unearths and animates some of the hundreds of drawings and sketches from the project that still survive, and they give a sense of what might have been. Equally animated is the ebullient, then 85-year-old Jodorowsky, who walks us through his visionary almost-masterpiece that influenced Star Wars, Alien, and other subsequent sci-fi classics—even without being made! DCP. 90 min.

We continue to accept both cash and credit cards at the box office. Temporarily there is no access to CIA's upper floors (including vending machines). Free parking is available in Lot 73 and the annex lot. (Both are off E. 117th St. south of Euclid Ave.) Entrance to the building is through Entrance C, off Lot 73, and (until 9 pm on weekdays and 6 pm on weekends) Entrance A, on E. 116th St.