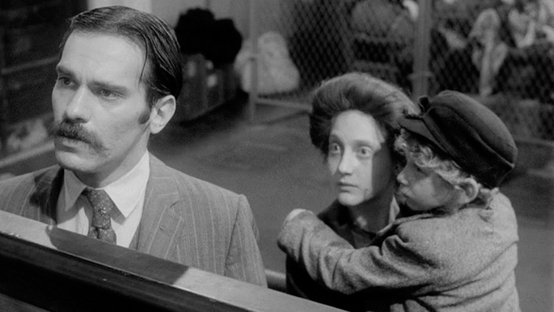 Here’s a new 4K restoration of a landmark indie film with two local connections: filmmaker Joan Micklin Silver and star Carol Kane are both former Clevelanders! Set on NYC’s Lower East Side at the end of the 19th century, the movie tells of a Russian Jewish immigrant couple whose marriage is strained by the idea of assimilation: he wants to, she doesn’t. Kane earned an Oscar nomination for Best Actress for her performance, and the film itself—the feature debut of pioneering female filmmaker Silver—helped launch the modern era of American independent cinema. “A charming, wonderfully human film about the agonies, traumas, and embarrassments of becoming an American…Entrancing." –Kenneth Turan. Cleveland revival premiere. Some subtitles. DCP. 90 min.

We continue to accept both cash and credit cards at the box office. Temporarily there is no access to CIA's upper floors (including vending machines). Free parking is available in Lot 73 and the annex lot. (Both are off E. 117th St. south of Euclid Ave.) Entrance to the building is through Entrance C, off Lot 73, and Entrance A, on E. 116th St.