Cinematheque . Film Schedule . AN EVENING WITH EMILY MORTIMER (followed by a screening of RELIC)

AN EVENING WITH EMILY MORTIMER (followed by a screening of RELIC) 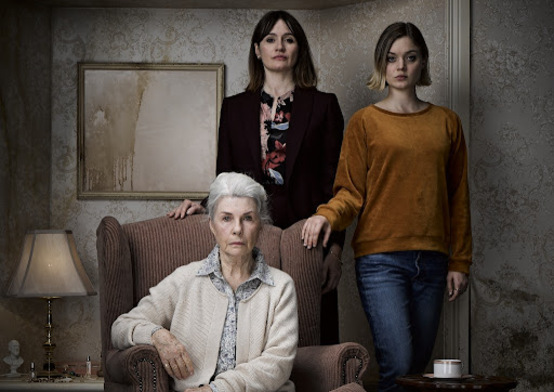 During her 25-year movie career, Emily Mortimer has appeared in almost 50 movies, including Mary Poppins Returns, The Bookshop, Hugo, Shutter Island, Match Point, Lovely and Amazing, Love’s Labour’s Lost, and Notting Hill. She has also done voice roles in such animated films as Howl’s Moving Castle and Cars 2. Tonight this British actress appears in person at the Cinematheque to answer audience questions about her films and career (which also encompasses TV and the stage) during a wide-ranging session. The evening will conclude with a screening of the most recent feature Mortimer has starred in—the creepy, low-key, highly acclaimed Aussie thriller Relic, in which a middle-aged woman (Mortimer) and her college-age daughter (Bella Heathcote) return to their decaying family home when their erratic, elderly mother/grandmother (Robyn Nevin) goes missing. It’s an atmospheric, female-centric “haunted house” movie that touches upon real-life horrors like death and dementia. DCP. Total program time 150-180 min.

How we're keeping you safe from the Delta variant. The Cleveland Institute of Art is doing its utmost to keep you safe from transmitting or catching Covid. Masks are required for all filmgoers. Your temperature will be taken upon entering the building, and a wristband (handed out by security) must be worn while in the building. Social distancing is being maintained in the lobby, restrooms, and theater. Top-of-the-line MERV 15 air filters purify the air. Sanitation stations dot the premises.

We continue to accept both cash and credit cards at the box office. Temporarily there is no access to CIA's upper floors (including vending machines). Free parking is available in Lot 73 and the annex lot. (Both are off E. 117th St. south of Euclid Ave.) Entrance to the building is through Entrance C, off Lot 73, and (until 9 pm on weekdays and 6 pm on weekends) Entrance A, on E. 116th St.

Actress Emily Mortimer chats about temporarily calling Cleveland home, being married to the mob and her upcoming Cinematheque event