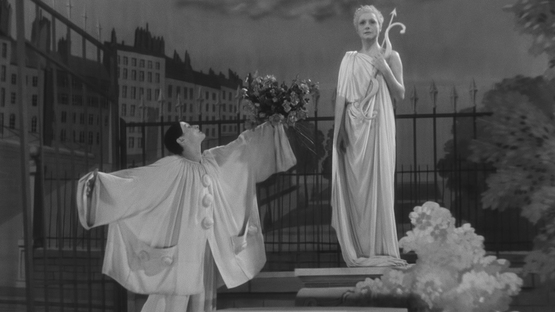 For Valentine’s Day: the sumptuous romantic epic that 600 French film critics and movie professionals, in a 1995 poll, voted the greatest French film of all time! Made during WWII under the German occupation, this lavish spectacle (written by Jacques Prévert) is set in the teeming theater district of 1828 Paris. There the serene, mysterious actress and courtesan Garance (Arletty) is loved and wooed by four different men—a mime (Jean-Louis Barrault), an actor (Pierre Brasseur), a thief (Marcel Herrand), and an aristocrat (Louis Salou). Their lives intersect in interesting ways over the film’s 3+ hour running time. Subtitles. 190 min.

Children of Paradise, a Cinematheque streaming exclusive, can be viewed online from 2/12 thru at least 3/4 via the link below (coming soon). Doing so supports the Cinematheque. Screening fee is $12, and you have 72 hours to watch it.