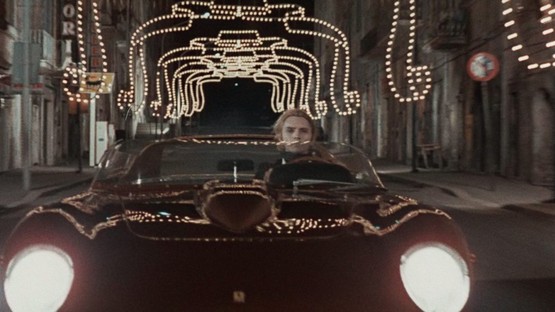 These two European fantasies from the 1960s are two of the best short films ever made! Toby Dammit is Federico Fellini’s episode from the 1968 omnibus film Spirits of the Dead, which consisted of three adaptations of Edgar Allan Poe short stories. Terence Stamp plays an alcoholic British movie star in Rome who is plagued by diabolical visions. This color chiller is one of the maestro’s most stylish movies, and has music by Nino Rota. La Jetée (The Jetty or The Pier, which shows first) is a unique, haunting, post-apocalyptic fantasy about memory, time travel, and destiny. It was the only fiction film by the great ciné-essayist Chris Marker and inspired Terry Gilliam’s Twelve Monkeys. Pauline Kael called it “the greatest science-fiction movie I’ve ever seen.” Cleveland revival premiere. Subtitles. Approx. 70 min.

Toby Dammit & La Jetée, Cinematheque streaming exclusives, can be viewed online from 11/20 thru at least 12/10 via the link below. (Doing so supports the Cinematheque.) Screening fee is $12, and after opening the program, you have 72 hours to watch it.