THE BLACK BOOK OF FATHER DINIS 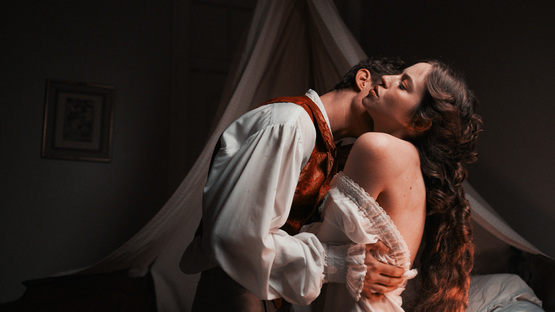 An orphan and his nurse have a series of romantic adventures in late 18th-century Europe in this lush, opulent costume melodrama that director Valeria Sarmiento conceived as an appendix to 2010’s expansive Mysteries of Lisbon by her late husband Raúl Ruiz. (Both movies are based on novels by 19th-century Portuguese writer Camilo Castelo Branco, who is depicted in Manoel de Oliveira’s Francisca.) Sarmiento’s yarn strides the continent from Rome and Venice to Paris and London, pondering the intertwined nature of fate, desire, and duty while exposing conspiracies involving the clergy, the military, and the gentry. Cleveland premiere. Subtitles. 103 min.

The Black Book of Father Dinis, a Cinematheque streaming exclusive, can be viewed online from 11/20 thru at least 12/10 via the link below. (Doing so supports the Cinematheque.) Screening fee is $12, and after opening the film, you have 72 hours to watch it.