Cinematheque . Film Schedule . HELMUT NEWTON: THE BAD AND THE BEAUTIFUL

HELMUT NEWTON: THE BAD AND THE BEAUTIFUL 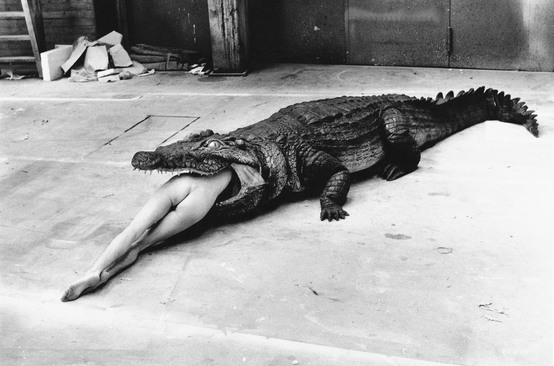 Did Helmut Newton immortalize or objectify women in his bold, provocative, controversial pictures? This and other questions are addressed in this new portrait of the late German-born photographer who was obsessed with the female form and whose visual imagination seemed beholden to Weimar Germany. Includes interviews with some of Newton's notable celebrity subjects (Grace Jones, Charlotte Rampling, Isabella Rossellini, Anna Wintour, et al.) as well as home movies, archival footage, and (natch) photographs. Adults only! Cleveland premiere. 89 min.

Helmut Newton: The Bad and the Beautiful, a Cinematheque streaming exclusive, can be watched online from 7/24 thru 8/13 via the link below. (Doing so supports the Cinematheque.) Screening fee is $12, and after opening the film, you have five days to watch it.