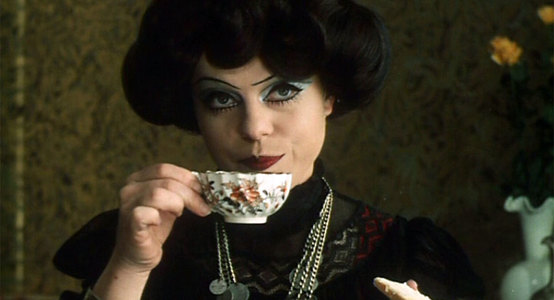 Resentful Viktoria administers slow-acting poison to her sweet, better-liked, more fortunate sister Klára (both women are played by the same actress) in this hallucinatory psychodrama and horror film from Juraj Herz (The Cremator). A cat named Morgiana witnesses the whole ordeal. From a novel by Russian fantasist Aleksandr Grin. Imported color print from the Czech Film Archive! Subtitles. 99 min.

Saturday 4/25
5pm
Back to film schedule