UPDATE: PAAVO TURTIAINEN WILL NOT APPEAR IN PERSON AT THIS SCREENING!

PAAVO, A LIFE IN FIVE COURSES 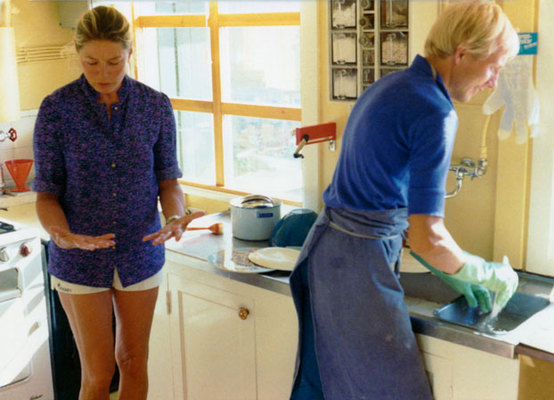 Before he became one of Manhattan’s foremost event planners and chefs, Paavo Turtiainen worked in Europe on and off for 12 years as personal secretary and archivist for Ingrid Bergman. This documentary about him reveals how a towheaded Finnish farm boy came to live in Paris and Sweden with the great actress and her third husband, Swedish producer Lars Schmidt, learning the lessons of high-society hospitality while becoming Bergman’s trusted friend and confidante until her 1982 death. With Isabella Rossellini and Pia Lindstrom. Turtiainen, originally scheduled to answer audience questions after the screening, has had to cancel his appearance at the last minute. Nevertheless, a "goodie bag" prepared by Paavo will be given to each ticket holder. “A sumptuous feast for the eye and the heart…Warm, witty, astonishing, and moving.” –Donald Spoto, author of Notorious: The Life of Ingrid Bergman. Cleveland theatrical premiere. Subtitles. Blu-ray. 71 min.

Sunday 3/15
3pm
Back to film schedule