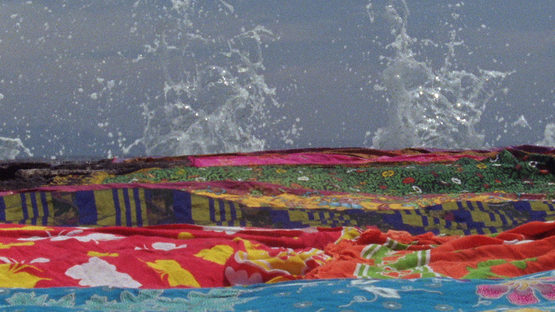 Experimental animator Jodie Mack has been called “the most playful and imaginative avant-garde filmmaker of her generation” by the Chicago Reader. Mack’s buoyant first feature (shot on 16mm film but shown here from 35mm) is a globe-hopping, eye-opening delight in which a panoply of patterns and textiles are propelled through space and time, around the world, to a danceable electronic beat. The result is a playful, colorful, cross-cultural evocation of labor and capital, global trade and commerce. Cleveland premiere. 61 min.