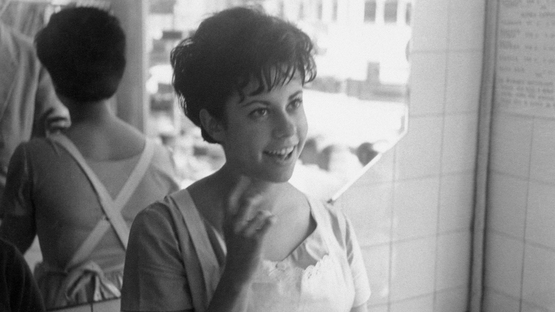 The first two of Éric Rohmer’s Six Moral Tales are the rarest, and set the tone and tenor for the others. In Moral Tale #1, a young student (played by future film director Barbet Schroeder) hangs out every day at a bakery to watch for a girl he once saw on the street. But an alluring bakery clerk distracts his attention. In #2, two friends who sponge off the same young woman find themselves in a contest for her affection. Subtitles. DCP. Total 78 min.