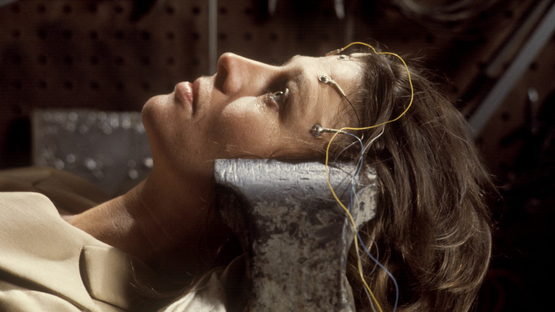 A sentient supercomputer traps, terrorizes, and tries to impregnate a woman (Julie Christie) in her high-tech house in Donald Cammell’s follow-up to Performance. Released one month before Star Wars, this prescient but overlooked sci-fi thriller (which boasts visual effects by ace experimentalist Jordan Belson) was a favorite movie of longtime Cinematheque projectionist Tom Sedlak, who died in November after showing films for us for over 33 years. After the screening, attendees are invited to come to the podium and share memories of Tom. (Those who want to attend this tribute without seeing the movie should arrive at 8:30 pm, after our box office closes.) Color & scope print! 94 min.