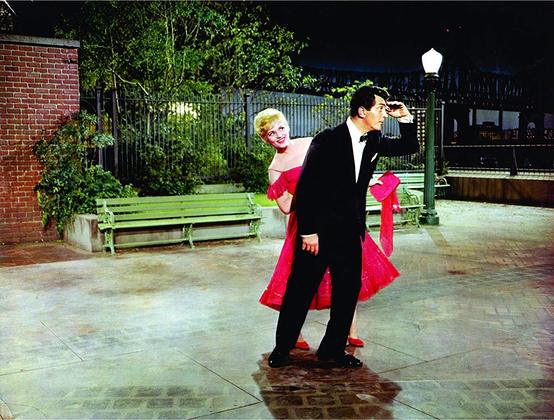 A switchboard operator (Judy Holliday) working for a telephone answering service becomes involved in the lives of some of her clients, including a blocked playwright (Dean Martin). Vincente Minnelli’s film version of the Broadway musical written by Betty Comden and Adolph Green (Singin’ in the Rain), with music by Jule Styne, also features Jean Stapleton, Frank Gorshin, and Gerry Mulligan. Songs include “Just in Time” and “The Party’s Over.” Co-presented by The Musical Theater Project. The movie will be introduced starting at 3:15 by both TMTP Artistic Director Bill Rudman and Cinematheque Director John Ewing. They will also lead a post-film discussion. Blu-ray. Scope. 127 min.