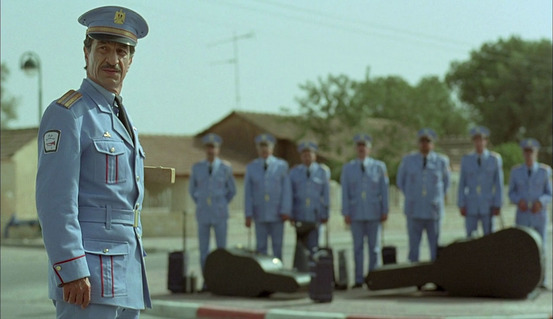 Sasson Gabay, who won the 2007 European Film Award for Best Actor for his wry performance in this delightful Israeli comedy (he also starred in the Tony Award-winning Broadway musical based on the movie and is currently on tour with the production, which plays at Playhouse Square 11/5-24), will appear in person at this screening of the original movie. Gabay will answer audience questions after the show, and so will his son, Adam, who also acts in the play. The Band’s Visit follows an Egyptian police band as it visits Israel but gets lost on the way to its gig. The eight stranded musicians, all men, are forced to spend the night in a small, remote desert town that has no hotels but does boast a café run by a sexy, hospitable divorcée (the late, great Ronit Elkabetz). As a movie, The Band’s Visit garnered universal acclaim and won eight Ophir Awards (Israel’s Oscars), including Best Picture, Director, Actor, Actress, and Screenplay. The musical took home 10 Tony Awards, including Best Musical, Book, Score, Actor, Actress, and Director. Subtitles. 87 min.