Cinematheque . Film Schedule . ONCE UPON A TIMEâ¦IN HOLLYWOOD

ONCE UPON A TIMEâ¦IN HOLLYWOOD 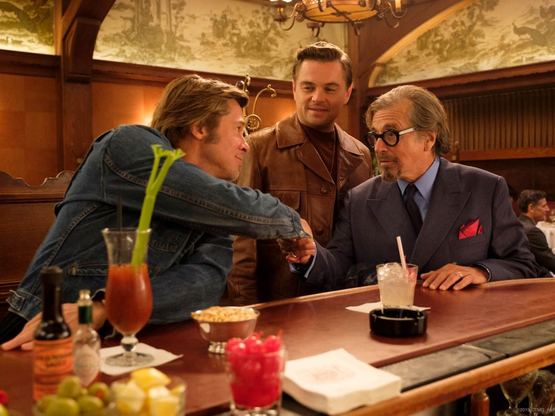 Quentin Tarantino’s all-star love letter to 1969 Los Angeles focuses on an aging TV Western star (Leonardo DiCaprio) and his longtime friend and stunt double (Brad Pitt) whose lives intersect with both Sharon Tate (Margot Robbie) and members of the “Manson family.” With Margaret Qualley, Al Pacino, and Bruce Dern. Shot on film, the movie will be shown from film—perhaps for the first time in Cleveland. 161 min. (the original cut).