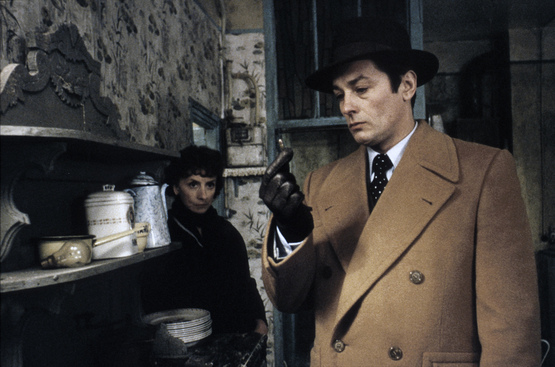 Alain Delon and Jeanne Moreau star in one of the most successful movie revivals of 2019! (Virtually all shows during its initial two-week NYC run in September sold out!) Set in 1942 during the Nazi occupation of Paris, the film focuses on Catholic art dealer Robert Klein, who makes a comfortable living by buying paintings and sculptures at bargain prices from Jews desperate to flee France. But when he hears of another Robert Klein in Paris—a Jew wanted by the police—he fears for his safety and fortifies proof of his Aryan heritage to avoid mistaken identity and deportation. This Kafkaesque tale of doppelgangers and duplicity won three 1977 César Awards (French Oscars), including Best Film and Best Director. “For hunters of rarities and students of wartime oppression, the emergence of Mr. Klein will be an event to match that of another fierce appraisal of Occupied France, Jean-Pierre Melville’s Army of Shadows, which finally arrived on American screens in 2006, 37 years after it was made. All good films come to those who wait.” –Anthony Lane, The New Yorker. Cleveland revival premiere. Subtitles. DCP. 123 min.