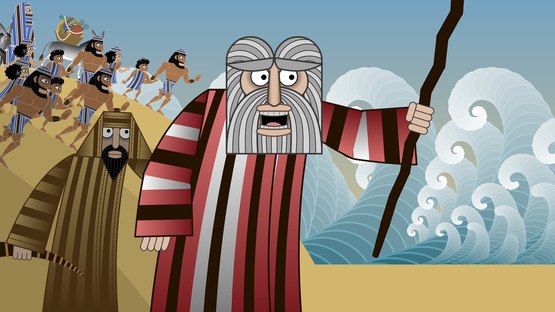 Events from the Book of Exodus are retold and turned into musical numbers in the irreverent, award-winning new animated feature by indie artist, cartoonist, filmmaker, and free culture/“copyleft” activist Nina Paley (Sita Sings the Blues). As the Israelites escape Egypt for the Promised Land, Moses, Pharaoh, and other Jews and Egyptians sing songs by Louis Armstrong, Led Zeppelin, Gloria Gaynor, et al. Paley also points out the patriarchal origins (and legacy) of Passover, which commemorates these biblical occurrences, and injects a few non-biblical goddesses into her politically charged tale. “A musical comedy, tripped-out cartoon and insolent reading of the Book of Exodus all in one…Defies definition.” –Hollywood Reporter. Cleveland premiere. DCP. 78 min.