ROBERT FROST: A LOVERâS QUARREL WITH THE WORLD 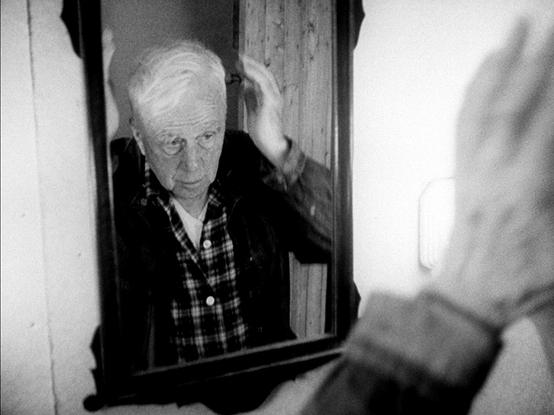 Winner of the 1964 Academy Award for Best Documentary Feature, Shirley Clarke’s portrait film captures the four-time Pulitzer Prize winning poet at home in Vermont, reading at Eastern colleges, and receiving the Congressional Gold Medal from President Kennedy. Preceded at 5:00 by three experimental short films by Clarke, made before her influential indie features The Connection and Portrait of Jason: two versions of her abstract expressionist Bridges-Go-Round (1959), one with a soundtrack of electronic music, one with a jazz score; and her Oscar-nominated Skyscraper (1959), about the construction of Manhattan’s 666 Fifth Avenue building. Cleveland revival premiere. DCP. Total 72 min.

Saturday 10/19
5pm
Back to film schedule