Cinematheque . Film Schedule . âI DO NOT CARE IF WE GO DOWN IN HISTORY AS BARBARIANSâ 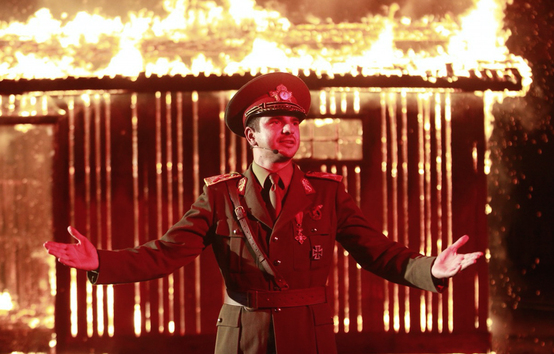 The searing new black comedy from the director of Aferim! tells of a theater director who meets resistance when she decides to re-enact a controversial atrocity from 1941, the murder of tens of thousands of Jews in and around Odessa by collaborationist Romanian troops. “Brilliantly multifaceted.” –L.A. Times. “Of viciously pointed relevance anywhere populism is on the rise…A fiercely intelligent, engaging and challenging wake-up call.” –Variety. Cleveland premiere. Subtitles. DCP. 140 min.