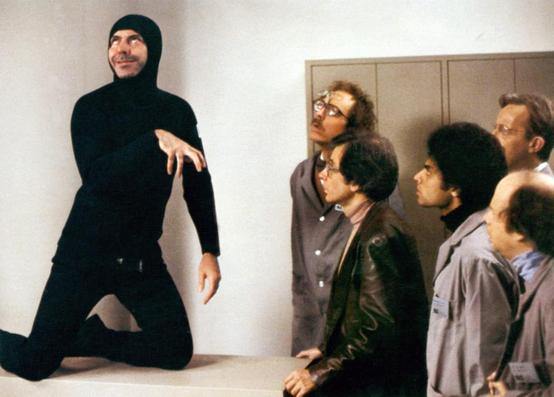 Austin Pendleton has one of his rare lead movie roles in this largely forgotten satirical comedy co-written and directed by the Oscar-winning co-writer of Woody Allen’s Annie Hall, Manhattan, and Sleeper. It’s an inventive and peculiar movie in which a group of mischievous, nutzoid think-tank scientists convinces a psychology professor (Alan Arkin) that he is an extraterrestrial being. Soon the rest of the world also believes it. With Madeline Kahn, William Finley, Wallace Shawn, Adolph Green, and Fred Gwynne. DVD. 97 min.

Austin Pendleton appears in person at the Cinematheque on 9/21 at 2:00 pm.

Related Films:
AN AFTERNOON WITH AUSTIN PENDLETON
MY COUSIN VINNY
WHATâS UP, DOC?

Saturday 9/21
12pm
Back to film schedule