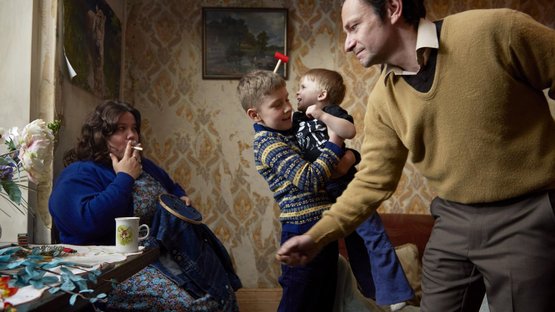 In one of the most acclaimed movies of the past year, British artist and photographer Richard Billingham re-creates and dramatizes his troubled childhood during the Thatcher era, when he lived in a West Midlands council flat with his alcoholic father Ray, overweight, chain-smoking mother Liz, and younger brother Jason. As harsh and harrowing as it is blackly funny and bleakly beautiful, Billingham’s feature debut (shot on 16mm color film) is a heartfelt, emotional kitchen sink drama. Shown at this year’s Cleveland Int’l Film Festival. “Formally arresting and rigorous, though not at the expense of its direct emotional force.” –Variety. DCP. 108 min.

Related Films:
A FAITHFUL MAN
DIAMANTINO
IN THE AISLES
LETO