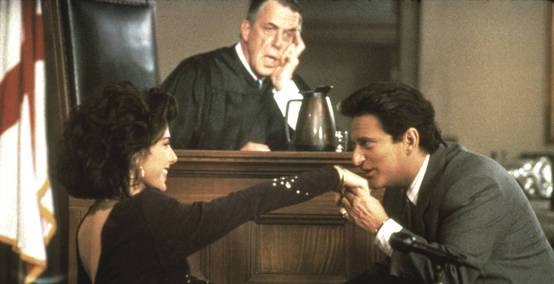 Stuttering defense attorney John Gibbons is one of Austin Pendleton’s most indelible roles, and it’s contained in this classic courtroom comedy that won an Oscar for co-star Marisa Tomei. The movie focuses on two NY college boys who, while traveling through the Deep South, are falsely accused of murder. One of them summons a relative, an erratic Brooklynite who just passed the bar exam after six tries (Joe Pesci), to come to Alabama and defend them. With Fred Gwynne. DCP. 119 min.

Austin Pendleton appears in person at the Cinematheque on 9/21 at 2:00 pm.

Friday 9/20
7pm
Back to film schedule