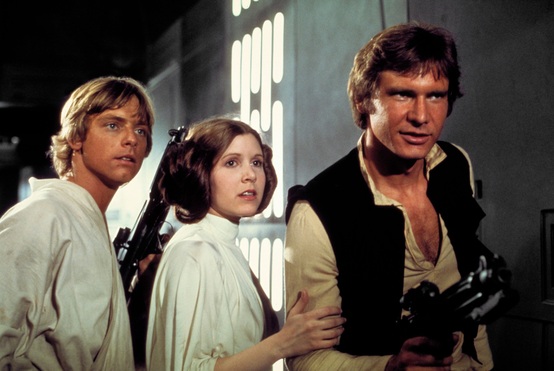 This seminal space opera follows Luke Skywalker as he's thrust into the struggle of the Rebel Alliance when he meets Obi-Wan Kenobi. Obi-Wan begins Luke’s Jedi training as Luke joins him on a daring mission to rescue the beautiful Rebel leader Princess Leia from the clutches of the evil Empire. DCP. 125 min.