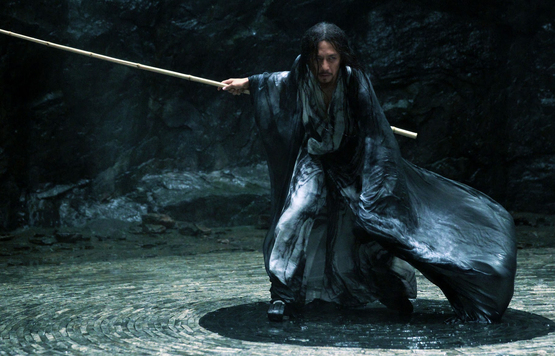 This new period piece marks a glorious return to form for the master director of Raise the Red Lantern and Hero. It has gorgeous bi-chrome cinematography inspired by the Tai Chi symbol and by traditional ink-brush painting. Set during the third century, the film is a complex tale of palace intrigue and geopolitical ambition—in which the body double of a powerful but wounded commander finds himself in a one-on-one showdown with an invincible warrior from a rival kingdom. “A martial-arts movie landmark.” –NY Times. East Side Cleveland premiere! Subtitles. DCP. 116 min.

Cleveland Institute of Art’s public programming is supported in part by the residents of Cuyahoga County through a public grant from Cuyahoga Arts & Culture.