Cinematheque . Film Schedule . REMINISCENCES OF A JOURNEY TO LITHUANIA

REMINISCENCES OF A JOURNEY TO LITHUANIA 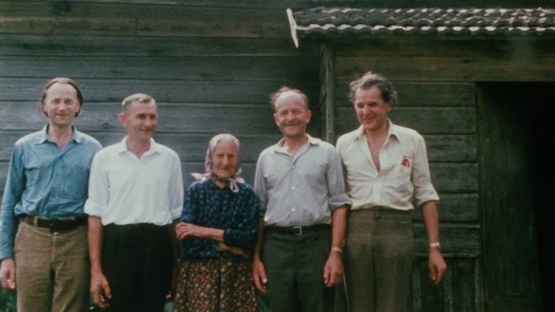 Jonas Mekas, the “godfather” of American avant-garde cinema who died in January, accomplished a lot in his 96 years. After surviving WWII and emigrating to the U.S. in 1949 with his brother Adolfas (another filmmaker), Jonas Mekas started the magazine Film Culture, co-created New York’s Film-Makers’ Co-op, became the first movie critic for The Village Voice, and co-founded the Anthology Film Archives. He was also a poet and moviemaker whose many diary films documented his life in New York and elsewhere. We pay tribute to this titan with one of his most celebrated feature films, the only work of his currently included on the Library of Congress’ National Film Registry. Reminiscences of a Journey to Lithuania is dedicated “to all the displaced people in the world.” It’s a three-part work that mostly chronicles the first trip the Mekas brothers made to their Lithuanian home town since immigrating to America 25 years earlier. This segment is bookended by footage shot in Brooklyn during the brothers’ first years in America (1950-53) and by scenes shot in 1971 Vienna on their way back to New York after their homecoming. “A home movie about homelessness, a non-narrative film with one of the most beautifully constructed and articulated narrative lines in autobiographical cinema.” –Jonathan Rosenbaum. 16mm. 82 min.

Saturday 3/9
5pm
Back to film schedule