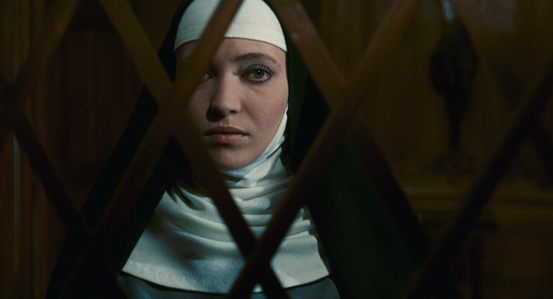 Initially banned in France, Jacques Rivette’s second feature stars Anna Karina as a young woman forced by her parents to become a nun, which she ardently resists. It’s hard to blame her, given the semi-starvation, beatings, and sexual intimidation (from both men and women) she must endure. From the novel by Diderot. “A great film…One of the cornerstones of the French New Wave.” –Jonathan Rosenbaum. “Certainly there is no better time than the present to appreciate it anew…Its portrait of totalitarian authority and the reckless abuse of clerical power is as scaldingly resonant now as it ever was.” –L.A. Times. “An inspired choice of revival…Viewers versed in the rigors of The Handmaid’s Tale should fine plenty to obsess and outrage them.” –New Yorker. Cleveland revival premiere. Subtitles. DCP. 140 min.