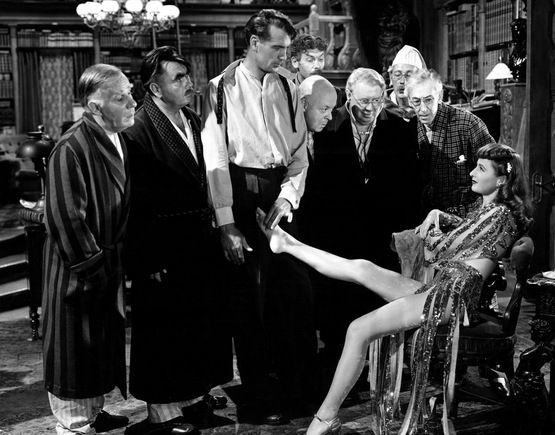 Billy Wilder and Charles Brackett wrote this rarely shown screwball comedy by the great Howard Hawks. It’s a reworking of Snow White and the Seven Dwarfs in which the fusty domicile of a fuddy-duddy professor (Gary Cooper) and seven other unmarried grammarians is transformed by the sudden arrival of a brash, slang-spewing stripper (Barbara Stanwyck) who’s hiding out from both gangsters and the police. Cinematography by Gregg Toland. On the Library of Congress’ National Film Registry. “Pure joy.” –Time Out Film Guide. 111 min.

Saturday 3/2
5pm
Back to film schedule