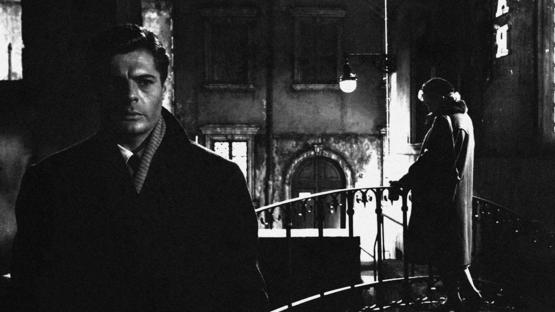 Marcello Mastroianni, Maria Schell, and Jean Marais star in Visconti’s lovely, captivating film about a lonely young man, new in town, who befriends and falls in love with a despairing young woman who is waiting for the return of her former lover. It’s based on a Dostoevsky story that also inspired Bresson’s Four Nights of a Dreamer. Music by Nino Rota. Imported print! Subtitles. Approx. 100 min.

Saturday 2/9
5pm
Back to film schedule