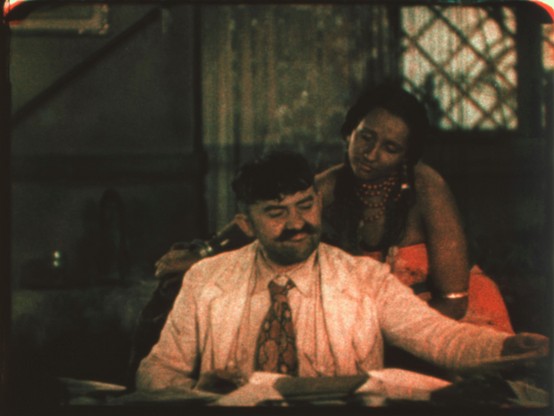 This two-strip Technicolor rarity is a tale of crazed colonialism. Set in German East Africa, it tells of a rich, sadistic, villainous plantation owner (Jean Hersholt) who imports an aristocratic bride (Eleanor Boardman) from the old country, only to find her falling instead for a British officer. Preceded at showtime by Hearst Metrotone News, Vol. 1, No. 269 (1930) and Victor Saville’s jazz short Me and the Boys (1929). All films digitally restored by the UCLA Film & Television Archive. DCP. Total 96 min.