THE ADVENTURES OF MARK TWAIN 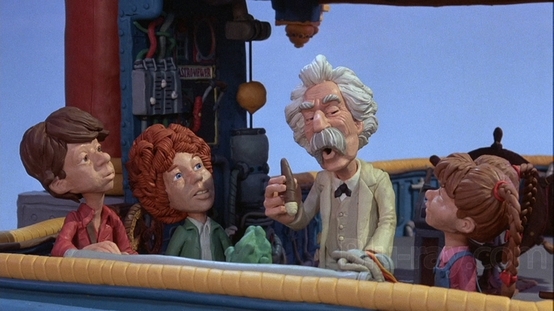 The last and most elaborate Claymation feature by the late Oscar- and Emmy-winning animator Will Vinton (creator of the California Raisins) finds Huck Finn, Tom Sawyer, and Becky Thatcher joining their creator, Mark Twain, on an airship headed for Halley’s Comet. Numerous Twain stories are brought to life en route. With the voice of James Whitmore. 86 min.

Saturday 1/19
6pm
Back to film schedule