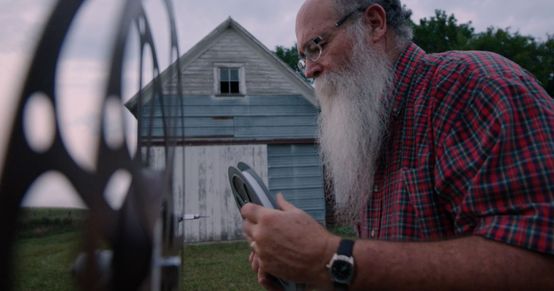 William Franklin Brinton was an Iowa farmboy who, from 1897 until his death in 1908, traveled throughout the American heartland showing motion pictures to eager Midwestern audiences. According to the makers of this surprising new documentary, Brinton was “America’s greatest barnstorming movieman.” Yet the central figure in Saving Brinton is actually another Iowan, hirsute former history teacher Mike Zahs. It was Zahs who discovered Brinton’s original nitrate show reels in the basement of an Iowa farmhouse, acquired them, and set about restoring these silent rarities. (Among them was footage of President Teddy Roosevelt and a previously lost Georges Méliès short.) Now Zahs, like Brinton before him, shares these films with moviegoers—in Iowa and around the world. The documentary contains tantalizing clips from the collection. “A cinephile’s delight…Anyone who loves movies is bound to love Saving Brinton. “ –Hollywood Reporter. Cleveland premiere. DCP. 90 min.

BREAKING NEWS: John Richard, the co-writer and cinematographer of "Saving Brinton," will appear in person for a post-film Q&A on both Thursday and Friday.