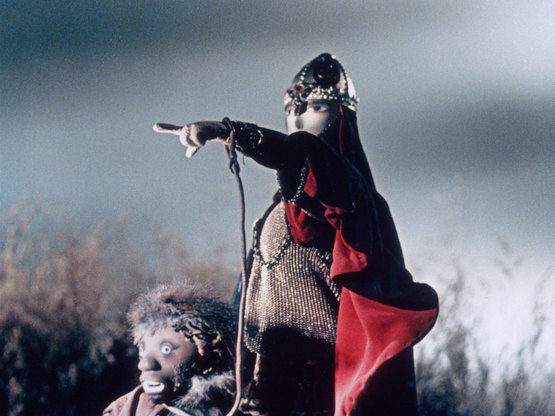 Seven historic Czech legends involving slaves, a wild boar, a women’s revolt, and lust for gold are brought to stunning stop-motion life in this rousing folkloric spectacle that features a veritable “cast of thousands” (all figurines). The climactic battle against attacking wolves and birds is worthy of Kurosawa! “Old Czech Legends was for Trnka what The Nibelungen was for Fritz Lang: an epic full of noble deeds.” –Dictionary of Films. Cleveland revival premiere. Subtitles. DCP. 91 min. Preceded at 5:00 by Trnka’s 8-min. The Animals and the Brigands (ZviÅátka a petrovští, 1946, subtitles).

Saturday 5/26
5pm
Back to film schedule