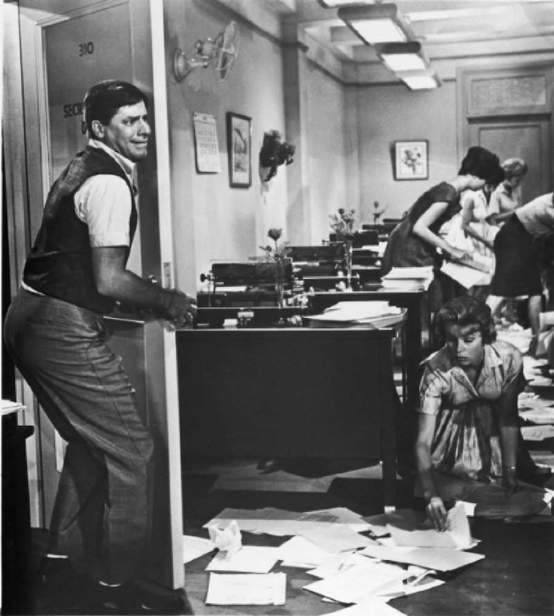 Jerry Lewis’ third film as a director (made between The Ladies’ Man and The Nutty Professor) is one of his funniest. Lewis plays a clueless paperhanger who is hired by Paramutual Pictures to spy on studio employees and ferret out wastefulness and sloth. But his backlot bumblings wreak havoc everywhere he goes. Print courtesy of the Chicago Film Society; special thanks to Julian Antos and Mark Rozzano. 92 min.

Saturday 11/18
5pm
Back to film schedule