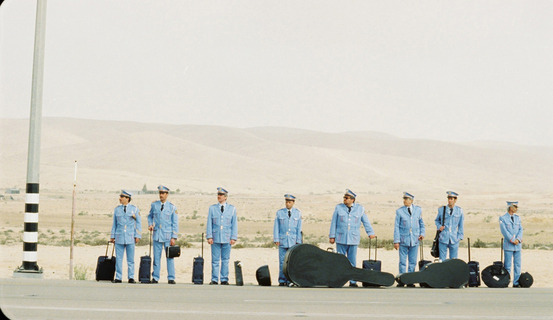 Now a Broadway musical, this winning, moving comedy tells of an Egyptian police band that visits Israel and gets lost on the way to its gig. The eight musicians, all men, are forced to spend the night in a small, remote Israeli desert town that has no hotels but does have a sexy, hospitable divorcée (the late, great Ronit Elkabetz) who owns the local cafe. One of the most acclaimed foreign films of recent years, The Band’s Visit won eight Ophir Awards (Israel’s Oscars), including Best Picture, Director, Actor, Actress, and Screenplay. “A truly lovely film…Should satisfy anyone with a soft spot for the deadpan of Jarmusch or Kaurismäki.” –Time Out Film Guide. Subtitles. 87 min.