Cinematheque . Film Schedule . BEST WORST THING THAT EVER COULD HAVE HAPPENED

A Special Event! Film introduced by Bill Rudman on both nights! Actor Marc Moritz in Person on Sunday night!

BEST WORST THING THAT EVER COULD HAVE HAPPENED 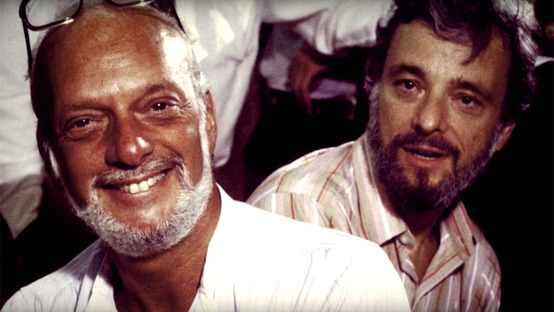 1981’s Stephen Sondheim/Harold Prince musical Merrily We Roll Along was a rare flop for the legendary team that had previously brought the Tony-winning classics Company, Follies, and Sweeney Todd to Broadway. It closed after 16 performances. Was this bold, forward-thinking but backward-progressing work—which dramatized, in reverse time, how an idealistic, exuberant, penniless young songwriter became a jaded but successful movie producer—just too dark and cynical for the Great White Way? In his acclaimed new documentary, actor and director Lonny Price (one of the stars of the original production) traces how those involved in the show traveled their own trajectory from hopefulness to dejection. Includes new interviews with Sondheim, Prince, book writer George Furth, and others. Best Worst Thing… is being co-presented by The Musical Theater Project. TMTP Artistic Director Bill Rudman will introduce both screenings. Actor Marc Moritz, who was also in the musical’s original New York cast, will join Bill to answer questions after Sunday's show. (He will not appear on Saturday, as announced in our printed calendar.) “Because Merrily was a musical about the ravages of time on friendship and youthful ideals, the documentary tells parallel stories—one fictional, the other real—of disappointment and disillusion. They give the film a double shot of poignancy.” –The NY Times. Cleveland premiere. DCP. 95 min.