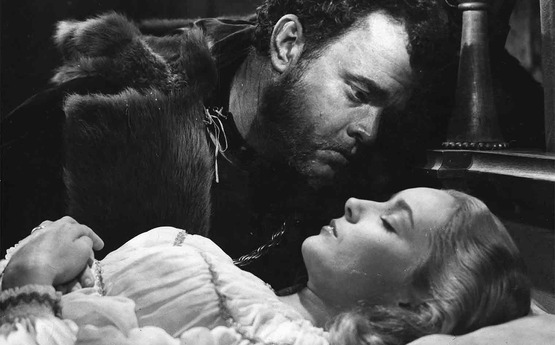 Shot in bits and pieces over four years with ever-changing actors and locations, Orson Welles’ baroque, visually stupendous version of Shakespeare’s classic had no right to be as good as it is. But it’s one of the most electrifying Shakespeare movies ever made, and won the Palme d’Or at Cannes. Welles himself plays the duped Moor whose suspicion of his wife’s infidelity leads to tragedy. Cleveland revival premiere. DCP. 93 min.