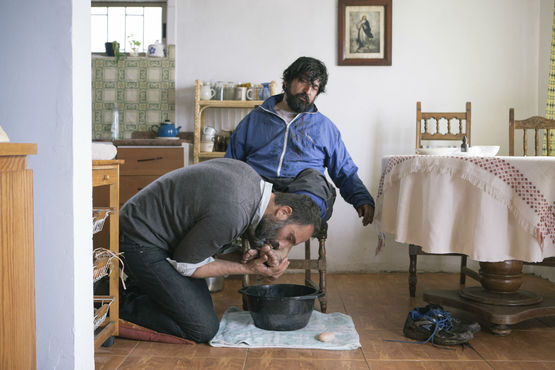 Communal life in a secluded Chilean seaside house where four scandal-plagued priests and a similarly disgraced nun have been quietly “retired” by the Church is suddenly disrupted by two uninvited guests. Variety calls the darkly funny fifth feature by the supremely talented director of Tony Manero, Post Mortem,and the Oscar-nominated No (all shown at the Cinematheque) “an original and brilliantly acted chamber drama” set in “what just might be the most haunted lodging this side of the Overlook Hotel.” Golden Globe nominee, Best Foreign Language Film. No one under 18 admitted! Cleveland premiere.Subtitles. DCP. 98 min.