UCLA Festival of Preservation! Director, Stars, and Co-Producer in Person! 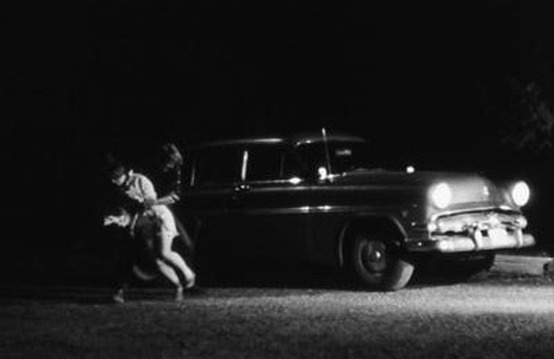 Shot on 35mm in southeast Ohio, this 1967 independent film is the only feature directed by J. L. (Joseph L.) Anderson, best known as the co-author (with Donald Richie) of the classic film book The Japanese Film: Art and Industry. Made when Anderson was a film professor at Ohio University, this singular work of American neorealism takes place in impoverished rural Appalachia, where a half-brother and half-sister begin a taboo love affair that leads to an unwanted pregnancy. Bumped from the 1968 New York Film Festival by John Cassavetes’ late entry Faces, this remarkable movie was forgotten for 40 years (though it was briefly released as an exploitation film entitled Miss Jessica Is Pregnant after some gratuitous nude scenes were added to spice it up). Recently rediscovered and acclaimed at the Rural Route Film Festival and the Museum of Modern Art, Spring Night, Summer Night can now be seen in Anderson’s original cut, and in a newly restored 35mm print. Anderson and five of the film’s other principals (Larue Hall, lead actress; Ted Heimerdinger, lead actor; John Crawford, second male lead; Franklin Miller, co-producer, co-writer, and co-editor; and Judy Miller, continuity) will discuss the movie after the screening. “The missing link between Shadows and The Last Picture Show.” –Village Voice. Cleveland revival premiere. 82 min.