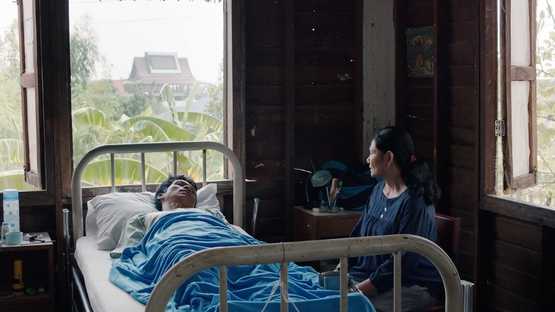 The extravagantly praised new film from the director of Cannes Palme d’Or winner Uncle Boonmee Who Can Recall His Past Lives is another gentle, lyrical, spiritual reverie that bridges the past and the present, the personal and the political, the material and the magical, the living and the dead. The film is set in a makeshift hospital built on ancient royal burial grounds. There a volunteer nurse cares for comatose soldiers suffering from a mysterious sleeping sickness. A psychic helps her communicate with some of the men. “Few filmmakers this side of David Lynch are as adept or intuitive as Apichatpong Weerasethakul when it comes to appropriating the language of dreams.” –Variety. “The work of a master artist.” –Time Out New York. “Sublime.” –The Guardian. Cleveland premiere. Subtitles. DCP. 122 min.