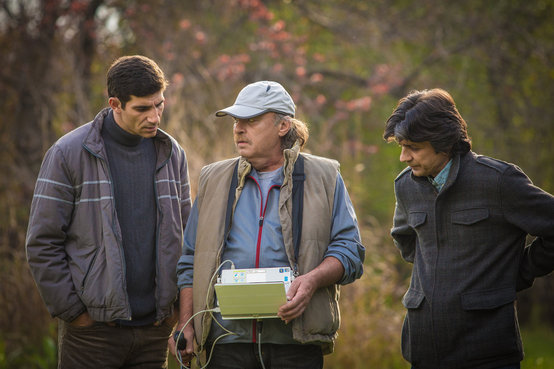 The acclaimed new film from the celebrated Romanian director of 12:08 East of Bucharest and Police, Adjective has been described as “a deadpan caper comedy” (Variety). In it, a young Bucharest family man agrees to help his destitute neighbor search for treasure that is reputedly buried on the grounds of his late grandfather’s country estate.“A subtle adventure of thwarted ambitions and hidden dreams.” –The Hollywood Reporter. Cleveland premiere. Subtitles. DCP. 89 min.