Cinematheque . Film Schedule . THE MAN WHO FELL TO EARTH

THE MAN WHO FELL TO EARTH 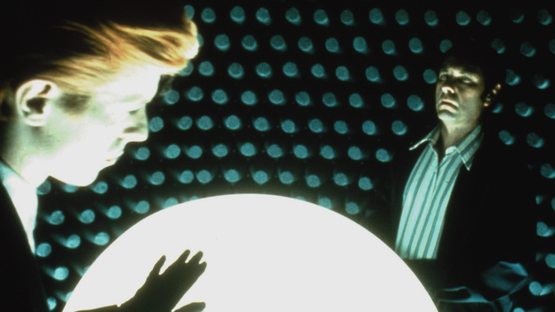 The late David Bowie plays an alien searching for water for his drought-stricken planet in this cult sci-fi film that was initially released in the U.S. in a heavily-abridged version. (We will show the complete, original cut.) The film follows the E.T. as he lands in the American Southwest, conceals his identity, and proceeds to build a huge corporate empire. Candy Clark, Buck Henry, and Rip Torn co-star in this ambitious, visually-stunning work from the director of Performance and Don’t Look Now. No one under 18 admitted! DCP. 139 min. Special admission $10; members, CIA & CSU I.D. holders, age 25 & under $8; no passes, twofers, or radio winners. www.rialtopictures.com