FIRE AND ICE: THE FILMS OF RIAN BROWN 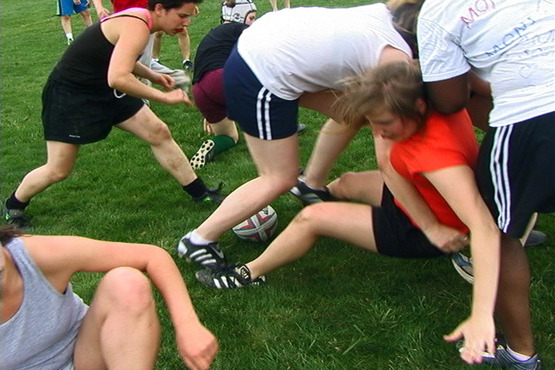 Rian Brown is a widely-exhibited filmmaker and video artist who is also Associate Professor of Cinema Studies and New Media at Oberlin College. Brown’s work spans a variety of film genres—experimental, autobiography, documentary, video installation—and explores such subjects as motherhood, identity, landscape, memory, and nostalgia. Tonight Brown screens her short films made over the past 17 years. Program includes: Presence of Water (1999), a combination collage/essay film shot in Italy when she was eight months pregnant; The Settler (2002), a film about the search for water on Mars, with voice over by Jean-Pierre Gorin; Death of the Moth (2003), an experimental film with sound composed by Tom Lopez; BLUE DESERT ~ Towards Antarctica (2011), a video installation shot on location and co-directed by Geoff Pingree; Into the Scrum (2012), an insider’s view of women’s rugby; and various hand-painted animation studies (2014-2016). Brown will answer audience questions after the screening. 16mm/Blu-ray. Total running time 100 min.

Friday 3/11
7pm
Back to film schedule