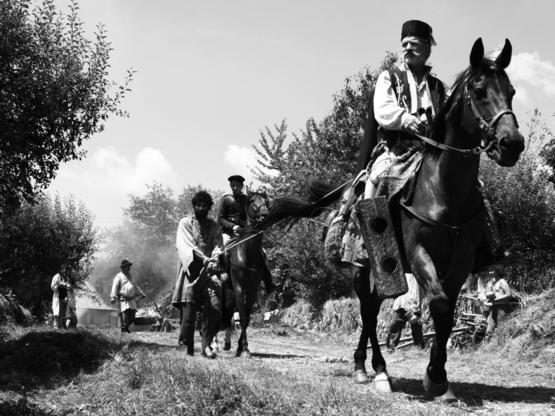 This extravagantly praised black comedy/historical drama explores the little explored subject of Gypsy slavery, which flourished from the 14th to the 19th centuries in two principalities (Wallachia and Moldavia) that would later become part of present-day Romania. Set in 1835 Wallachia, the film, which is in gorgeous b&w, follows a constable who has been hired by a boyar (land-owning aristocrat) to find and retrieve a runaway Roma slave who had an affair with his wife. The title is an Ottoman Turkish expression meaning “Bravo!” Aferim! was Romania’s official 2015 Oscar submission. “Do not be fooled by the playful, irreverent tone. Behind its attractive surface sheen of lusty humor and ravishing visuals, this Trojan Horse drama makes some spiky topical points about the lingering scars of slavery, feudalism, misogyny and racism.” –Hollywood Reporter. Cleveland premiere. Subtitles. DCP. 108 min.