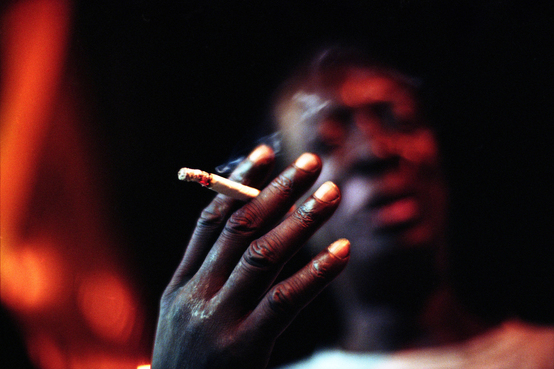 In this immersive documentary that “seeks to give a voice to the voiceless and a face to the faceless” (Hollywood Reporter), acclaimed NYC street photographer Khalik Allah trains his digital video camera on the impoverished nighttime denizens who hang out at the corner of 125th Street and Lexington Avenue in Harlem. Employing slow motion and non-synchronous sound, Allah’s hallucinatory nocturne captures these unfortunates (many of them homeless and drug addicted) in the glare of streetlamps and storefront neon, often enveloped in a haze of K2 smoke. The provocative title derives from a speech by Malcolm X. “The most striking sort of urban portraiture.” –Village Voice. “An intimate movie with a metaphysical grandeur.” –The New Yorker. Cleveland premiere. DCP. 60 min. khalikallah.tumblr.com/ Preceded at 6:45 by the four four-min. short films commissioned from emerging and established artists by Frieze Projects in London for 2015. This year’s filmmakers are Charles Atlas, Gery Georgieva, the art collective Thirteen Black Cats, and Xavier Cha. Cha's film, abduct, in which actors battle conflicting emotions, was co-commissioned by MOCA Cleveland, where an expanded version is on view from 1/29 through 5/8.

MOCA members $7. Your ticket stub from this screening will entitle you to half-price admission to MOCA thru 2/29. Thanks to Rose Bouthillier.