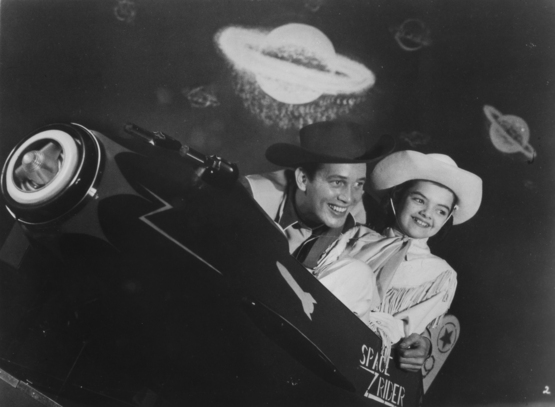 This unique and indescribable regional production, made in Kansas City by Crest Productions in 1956 and co-written by Robert Altman (!), is a country western musical comedy about popcorn wars in the heartland. Funded by the Popcorn Institute, the film follows a nefarious dirty trickster working for a big city popcorn company who subverts his small-town competitor’s popular TV variety show “The Pinwhistle Popcorn Hour” in order to corner the kernel market. Corn’s-a-Poppin’, which features delightful musical numbers by Hobie Shepp and the Cowtown Wranglers and many others, was an orphaned oddity recently restored by the Northwest Chicago Film Society with funding from the National Film Preservation Foundation.