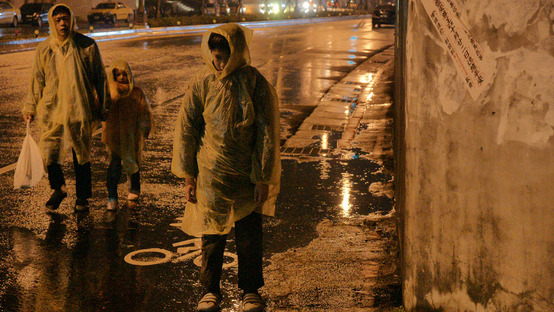 The first feature in five years by Taiwanese master Tsai Ming-liang (The Hole; Goodbye, Dragon Inn) stars his regular muse Lee Kang-sheng as a homeless family man in modern-day Taipei. Though he makes a little money by holding an advertising placard on a busy street, he and his two young children squat nightly in an assortment of abandoned buildings and desolate industrial spaces. Tsai’s minimalist, deadpan style of observant long takes, spare dialogue, and little action is abetted by his great eye and superb sound effects. The result is a mesmerizing, hypnotic, indelible portrait of life on the margins, and one of the year’s essential art films. “This amazing, maddening film presents a series of extended, mostly static, terrifying tableaux of despair, poverty, and decay.” ­–New York Magazine.