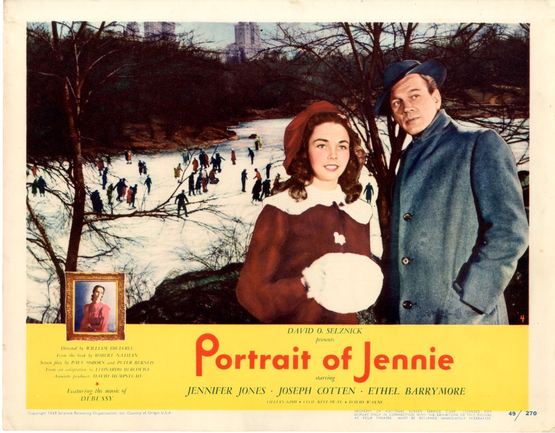 A favorite of Spanish surrealist Luis Buñuel, this supernatural fantasy about a painter’s infatuation for a mysterious, ethereal young woman who ages much faster than he does was revived at the 2013 Telluride Film Festival (where it was programmed by film scholar David Thomson). Joseph Cotten, Jennifer Jones, Ethel Barrymore, and Lillian Gish star in the film, a lavish David O. Selznick production that Pauline Kael called “a deluxe exercise in mystical romanticism.” From the German-born director of The Devil and Daniel Webster. Cameraman Joseph August works in both color and b&w and “conjures pure magic” (Time Out Film Guide).