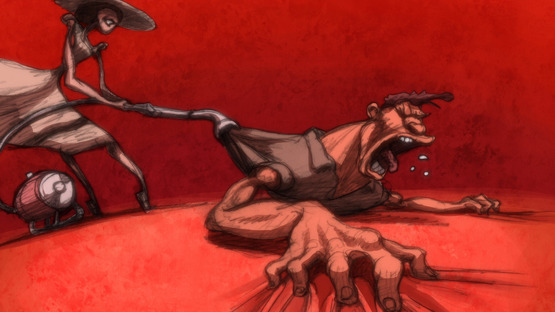 Bill Plympton's new hand-drawn animated feature, which contains no dialogue, tells of a deliriously happy pair of newlyweds who separate when a conniving femme fatale produces fake evidence that the wife has been unfaithful. Then things get weird—serial adultery occurs, a hit man is hired, souls are transferred into new bodies. Plympton's freewheeling style and outrageous, ever-morphing figures are as distinctive and dazzling as ever.

“Strife and sexual humor reign in this energetic romp, one of Bill Plympton's best longform animated works.” –Variety. No one under 18 admitted! Cleveland premiere. Blu-ray. 76 min.